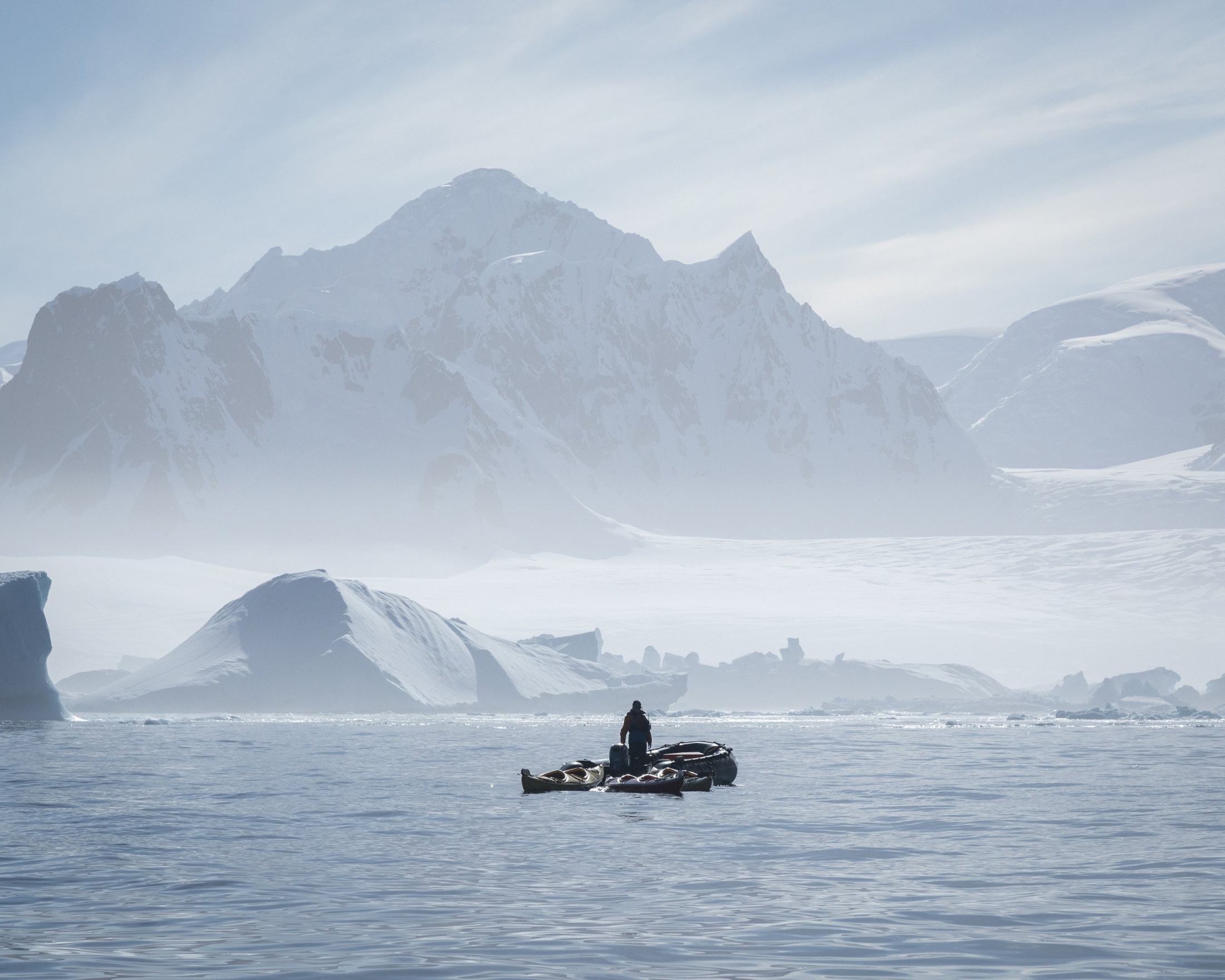 Nicky Souness, a South African expedition guide prepares a flotilla of kayaks in the Yalour Islands, Antarctica. ( photo by Acacia Johnson for TIME )
News Spotlight
on TIME: Breaking the Ice Ceiling: The Women Working in Antarctica Today
acacia johnson
Apr 29, 2019
By Maïa Booker | Photographs by Acacia JohnsonMarch 8, 2019
Photographer and Alaska native Acacia Johnson first visited Antarctica in 2010 as a tourist. From then on, working there became a passion: she was fascinated to see how the ice there was changing, and to experience the feeling of traveling back in time to an era untouched by humans. “The scale of human presence on earth — infinitely small, is felt in Antarctica.
There’s a reason why this entire continent is devoted to science and peace,” she notes.
When previously working on expeditions, Johnson had often been one of the only women on a team. That was different in Antarctica, where women made up at least half of her team of logistics coordinators, guides and scientists. But this was not always the case. For years, Antarctica was a hostile place for women, and they faced significant political and social obstacles if they wanted to go.
Meet the Female Scientists and Explorers Working in Antarctica Today
"I love being a woman in a man's world"

Acacia Johnson is a documentary photographer from Alaska, focused on human relationships to the natural world.